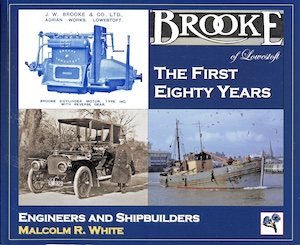 Brooke of Lowestoft - The First Eighty Years covers the period from 1874 until 1954 and highlights the achievements of John Walter Brooke OBE from his early years working in the USA, during his return to the UK, and finally setting up in business at Lowestoft. Later he was joined in the business by his son and grandsons who would eventually take over the running of it.

During this time the works, foundries, boatyards and shipyards operating under the Brooke banner earned an honoured place worldwide for their design work and innovative construction. Brooke contributed immensely to the industrial life and prosperity of Lowestoft. He started in business by having a back-street engineering firm and foundry in north Lowestoft, progressed into automobile design and production in much larger premises, and then into marine engineering, boat building and the design and production of high-speed racing craft. The company was also well known for the creation of the finest quality furniture for maritime, commercial, private and government use. During this time a number of companies were set up to keep pace with the changing demands of the business.

The building of a large number of marine craft by the firm in both World Wars was of great benefit to the military, and the establishment by Brooke of the Lowestoft Munitions Factory was of vital importance in the Great War.

Some sixty-six years later, and after more restructuring and diversifying into different specialism's, the firm was taken over at the start of World War Two when it became a subsidiary of Dowsett Holdings Ltd., trading initially as Brooke Marine Motorcraft Ltd. before becoming Brooke Marine Ltd. Although a Dowsett subsidiary company, a member of the Brooke family remained a director for several years.

The business expanded rapidly with a vast new shipyard replacing an outdated boatyard in the mid-1950s, however further changes in ownership including nationalisation, would affect the long-term stability and future of business. Details of the vessels built for or by the various Brooke companies up to 1954, are included in a comprehensive list which can be found in the concluding pages of the book.

Brooke of Lowestoft - The First Eighty Years can be ordered direct from Coastal Publications and is available from any good bookshop. 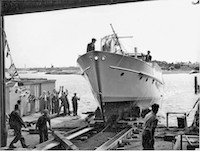 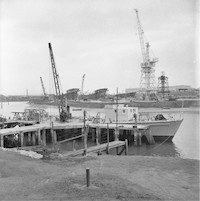