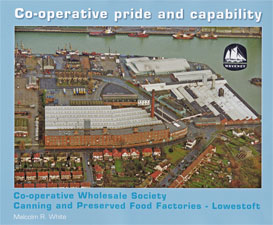 Two large food processing factories were established on salt marshes in the centre of Lowestoft in the 1890s and early 1900s by the food producer Maconochie Bros. By the early 1930s, the two factories had passed into the ownership of the Co-operative Wholesale Society and within a short time, thousands of co-operative food stores were being supplied with a wide range of quality "Waveney", "Unity" and "Wheatsheaf" brand products produced in Lowestoft. It is estimated that at least 14 million households purchased these well known food brands. In later years, Crosse & Blackwell, ASDA, Tesco, and Sainsbury products were produced at Lowestoft in addition to those for the Co-op.

A major landmark in Lowestoft, the factories employed at one time around 1000 people and provided a substantial income to the local economy. For many years considered one of the largest food production complexes in Europe, the factories were sold by the Co-operative Wholesale Society in 1994 and shortly afterwards the canneries were closed by the new owner leaving only a modern ready meals unit and a sauce and pickle factory in production. These closed a few years later after which the factories were sold and demolished with a job creating business park being planned for the site. Today nothing remains of the large original factory buildings.

This book provides an insight into the work environment at the factories, the people that worked there and the vast range of food products that left the factories for destinations throughout the British Isles and during wartime around the world.

A wide selection of historic items such as old photographs, early can labels and a 1930s guide are featured in the book resulting in a fascinating insight into one of East Anglia's largest bygone industrial factory estates.

Co-operative Pride and Capability can be ordered direct from Coastal Publications and is available from any good bookshop.

A one time familiar sight in Lowestoft.

Girls from the No. 1 factory gathered on the sports field in 1938.

The new cookers that were installed in 1989.

A retirement get together in 1990. 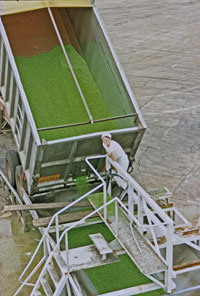 A consignment of peas being delivered in 1991.