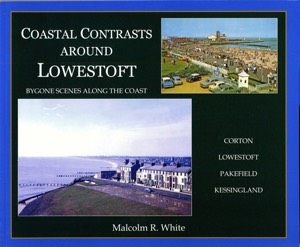 Suffolk’s coastline and beaches have traditionally held a fascination for local folk, visitors, day trippers and tourists, and today despite substantial changes due to erosion and commercial development the need to be near the sea and the shoreline is still important for many people. The large number of photographs in this book features the section of coastline from Corton to Kessingland which includes Lowestoft and Pakefield. This coastline has traditionally included a wide range of leisure, holiday, industrial, food processing and fishing interests, most of these continue today with the exception of fishing which has seen a major reduction in the industry. Generally, the beach areas and shorelines along this section of coast are firm and sandy, clean washed by each successive tide and safe for bathing at all fair weather times. This book portrays past times on the “Sunrise Coast” - so called because it includes the most easterly point in the UK at Ness Point in Lowestoft and thereby is the first to greet the sun in the morning as it rises in the east.

Within a short distance of the waters edge are well established residential and business communities together with amenities and facilities that cater for most. New industries, specialising in marine based activities such as the operation and maintenance of offshore wind farms, have been attracted to the area, and are based in the port area at Lowestoft.

A common factor all along the north east Suffolk coast is the effect of the sea on the coastline with Corton, Pakefield and Kessingland all suffering from severe cliff erosion which has resulted in the loss of land, homes and businesses. For over 100 years, Lowestoft has attempted to stop the damage caused by the sea to the low lying area at the north of the town and in the south, to Kirkley Cliffs, the Upper Esplanade and the Esplanade.

This book, which includes shipwreck scenes, the beach railway branch line, changes in cliffs and beaches, and views of past seaside splendour, features specifically the coastal strip and does not include the urban areas of Lowestoft or the coastal villages; many of these have already been covered in other books in this series.

Coastal Contrasts around Lowestoft is written and published in Lowestoft, and printed at Reydon near Southwold. It is the 22nd book in this popular series which have all been written by the same author. As with all the books in the series, Coastal Contrasts around Lowestoft is produced on a non profit making basis with any profit made being donated to charity.

Coastal Contrasts around Lowestoft can be ordered direct from Coastal Publications and is available from any good bookshop.

Royal Hotel and beach at Lowestoft.