A wide selection of bygone scenes showing Lowestoft harbour, the docks, trawlers, inshore vessels, and some fishing industry personalities are contained in this book. The great majority of photographs show aspects of the Lowestoft fishing industry when the town had a large number of fishing vessels operating from the port, and these will bring back memories to many townsfolk. Also included in the book is a small selection of maritime and seafaring scenes at Aldeburgh, Great Yarmouth, Portsmouth, Southampton, Southwold, Torquay, Walberswick and Woodbridge. All the photographs seen in the book are taken from the photographer's original negatives which are now part of the author's maritime and railway photographic archive.

The photographs were taken between the late 1960s and early 1980s and are the work of the well known Lowestoft photographer Ernest Graystone. Following retirement from Lowestoft Police where he was an Inspector, Mr. Graystone worked as the Personnel, Welfare, and Security Manager for the fishing company Small & Co. (Lowestoft) Ltd. This company had a vast business empire with many subsidiary companies throughout East Anglia in addition to their fishing interests. Mr. Graystone not only recorded maritime scenes, but was in great demand as a photographer by the local community to attend a wide range of functions where his photographic skills were used to good effect. Indeed, many of his photographs were featured in the Lowestoft Journal and occasionally the Eastern Daily Press, to illustrate news reports and articles.

This book is the nineteenth in the series of books written and published by Malcolm R. White in Lowestoft and has been printed in East Suffolk. As with all the books in the series, Dockside Delights is produced on a non profit making basis with any profit made being donated to charity.

Dockside Delights can be ordered direct from Coastal Publications and is available from any good bookshop. 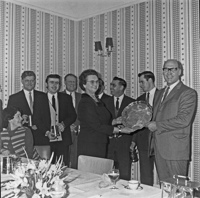 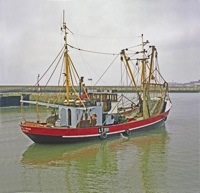 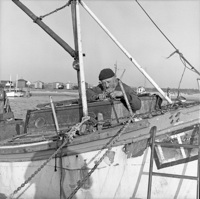 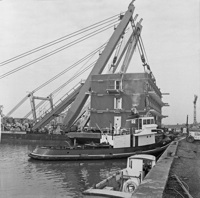